Bilingual International Assistant Services invites you to mark the United Nations Day in Support of Victims of Torture on June 25 with us. Join us to listen to Marcelina DaSilva share a uniquely personal and professional perspective on the Angolan Civil War. Born in Namibia to Angolan refugees seeking escape from violence and turmoil, Marcelina and her family eventually came to call St. Louis home. She went on to a career in diplomacy and government, including working at the American Embassy in Angola, a role that became the first of several opportunities to visit the country her parents had fled in 1975. The event will be hosted on Zoom, the link to which can be found here on the Missouri History Museum website. Additional resources about the history of Angola, prepared by Bilingual International’s own Ron Klutho, are also available. 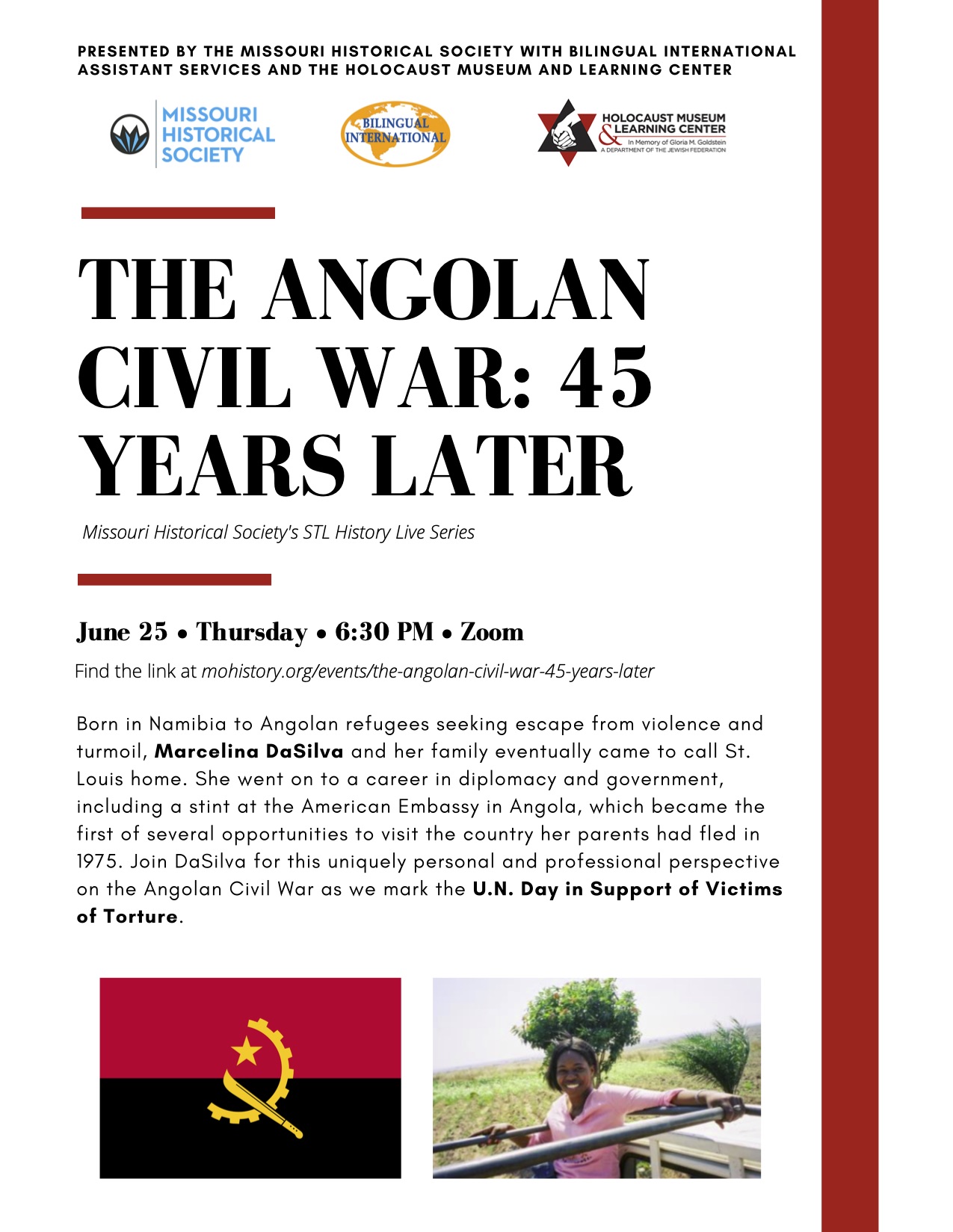 Tomorrow is Give STL Day! You can help us afford actual Practicum Supervisors instead of us just relying on this picture of Hyunsu Shin, LCSW!! (We're obviously kidding, but still appreciative of your support!) www.givestlday.org/bilingualstl ... See MoreSee Less
View on Facebook
· Share

We are back, baby! After two full years, Macklind International Senior Center opened back up on April 14 and has hosted four fully vaccinated international senior groups since then. We've lost a few friends and gained a few new ones, but it is good to all be together again! St. Louis Area Agency on Aging ... See MoreSee Less
View on Facebook
· Share