Every year in January or February, you would probably see Chinese people around you preparing for their celebration of New Year’s Day. Then you might wonder, New Year’s Day? Shouldn’t that be on January 1st? In the Gregorian calendar, the New Year’s Day always falls on January 1st. However, in Chinese culture and several others in East and South Asia, dates of festivals are still defined by the traditional Chinese calendar, also known as the Lunar Calendar.   Dated back to the Xia (21st century BC – 16th century BC) and Shang Dynasty (16th century BC – 11th century BC), Lunar Calendar enjoys a long history and has had a significant influence on agriculture, celebration, and the way people live.

The top priority for celebrating Chinese Lunar New Year is to be with your family. No matter how far people are from home, they would try all they could to make it home for this most important day of a year. A large delicious meal would also be indispensable for the New Year’s Eve. Although people living in different areas of China usually have different tastes for food, nowadays in each Chinese family, jiaozi, or dumplings would be a typical dish for the festival. For those who cannot be with their family or those who live thousands of miles away from home, gathering with people who share the same cultural heritage of celebrating Lunar New Year, and enjoying a celebratory dinner together, toast to each other and wish each other a Happy New Year.

On February 20th, over 30 St Louis seniors participated in the Lunar New Year celebration at the Macklind International Senior Center, recently opened by Bilingual International Assistant Services (BIAS). The “Year of the Sheep” was celebrated with the union of three ethnic communities; Chinese, Korean, and Vietnamese. The seniors were treated to traditional music performed by Ms. Jiyoun Park, who expertly played a rare string instrument called the “Gayageum.” The audience then listened in rapt attention as Mrs. Peiyun Huang performed an emotional song called “Farewell my concubine,” a tragic love story. The 74 year old Mrs. Huang, in full costume, transformed the small meeting room into the Beijing Opera, the venue where the score was originally performed.

The Macklind International Senior Center, Missouri’s first multicultural senior center, serves over 150 seniors per week and provides language and citizenship training, group activities, lunches, and social interaction. Speaker Louis Aboussie, representing Congressman Lacy Clay, highlighted the need for services to foreign-born seniors and stressed their importance to the St Louis area, stating “All ethnicities help to make St Louis what it is – we are all one St Louis.” He described his own family’s journey to St Louis from Lebanon nearly a century ago, and emphasized the contributions that immigrants have made in this region’s history. Mr. David Sykora, director of the St Louis Area Agency on Aging, was also on hand to wish the seniors a happy and peaceful New Year. 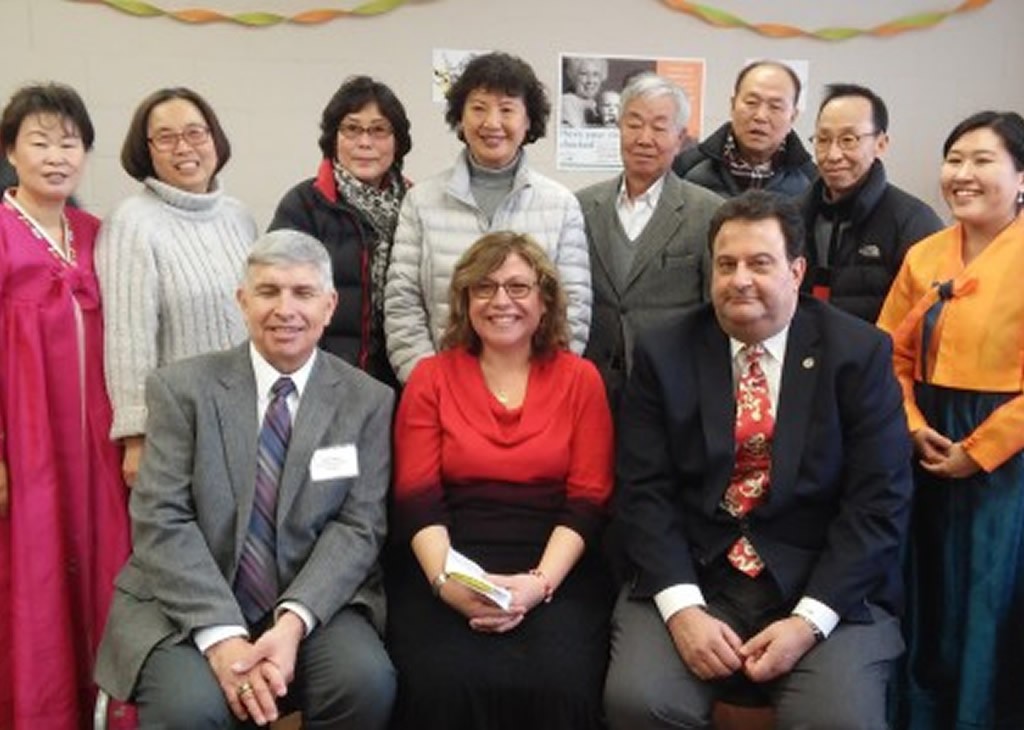 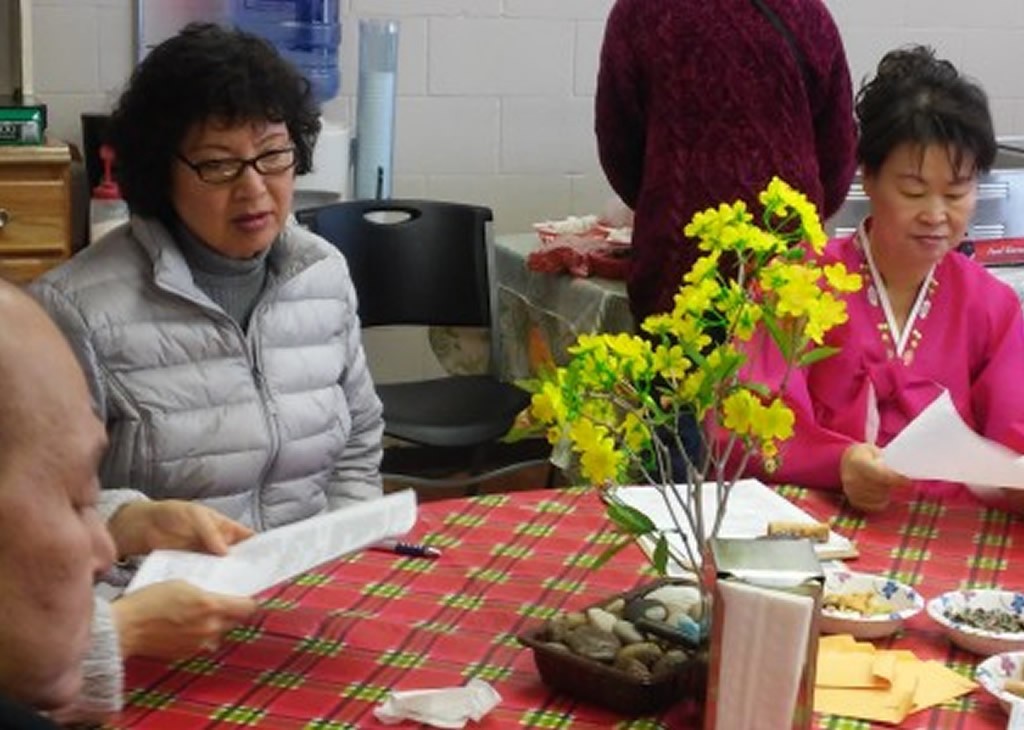 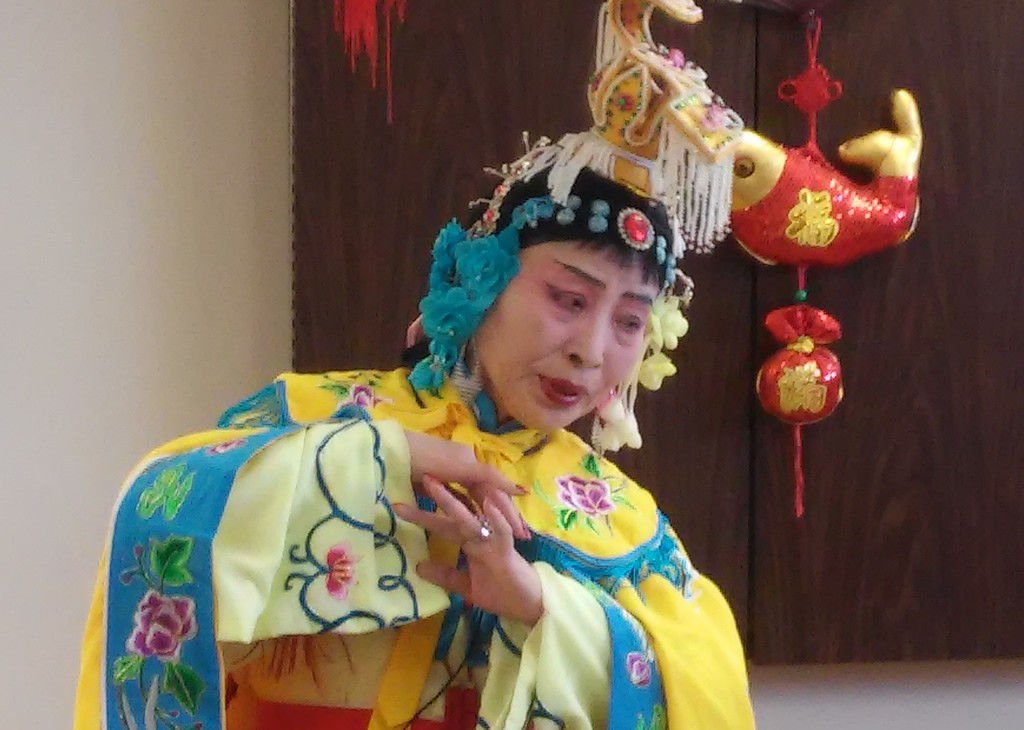 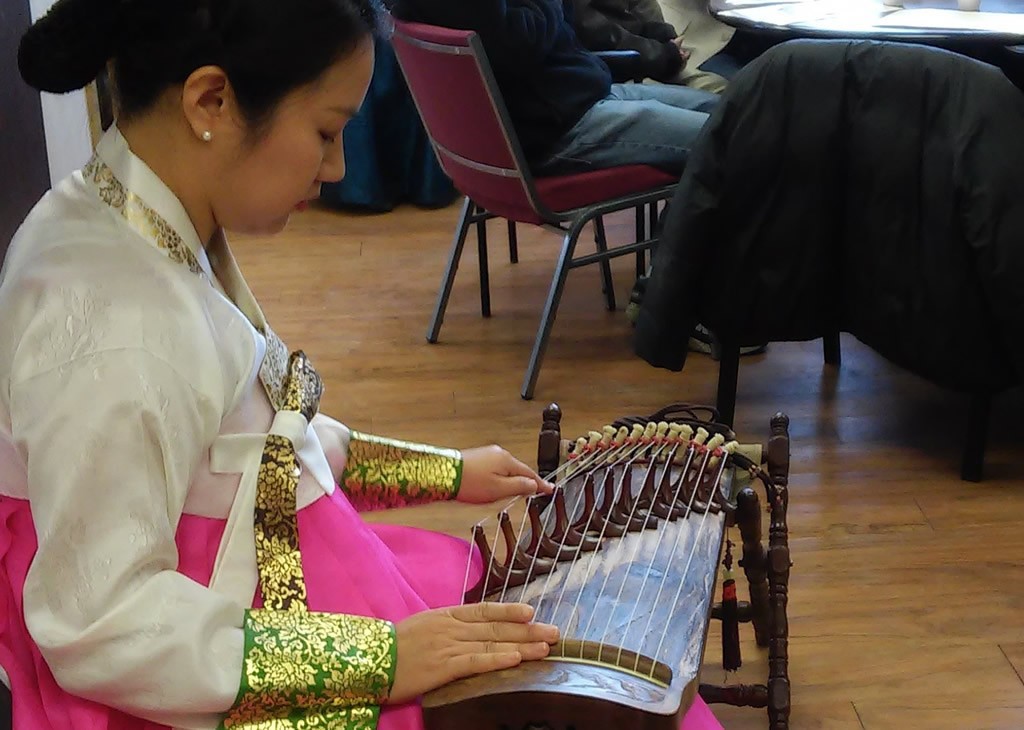 The most touching part of the occasion was the reading of a letter written to the BIAS staff, thanking them for the many services they had provided throughout the year. BIAS CEO Julia Ostropolsky warmly invited Mrs. Li, the writer, to stand with her while the letter was read; it described how BIAS contributed to her good health and long life and expressed thanks for being allowed to meaningfully contribute to the American culture and economy. It further described the successes her family has achieved, and the proud grandmother boasted that her granddaughter had recently been accepted into Harvard Medical School. She attributed her family’s successes to hard work and help from agencies such as BIAS.

As the group dined on traditional New Years delicacies, they shared stories and welcomed new friends. The meeting of Korean, Vietnamese and Chinese seniors is in itself a historical event; although there are some cultural similarities between these groups, the histories of their countries of origin have at times been quite turbulent. The relationship between China and Vietnam has been particularly fragile, and communication between the countries remains somewhat strained. BIAS is proud to have facilitated the union of these three groups, is grateful for the support received from the community, and looks forward to many such events in the future.

Today is the day!!!🍕🍷Join us at Katie's Pizza & Pasta Osteria in Rock Hill for lunch, happy hour, dinner, and holiday gift card shopping. 100% of the day's proceeds go to our immigrant and refugee services in the St. Louis area. 11am-10pm. Reserve a table: resy.com/cities/stl/katies-pizza-and-pasta-osteria-rock-hill?date=2022-11-22&mc_cid=c4f3468e96&mc...Order curbside: www.toasttab.com/katies-pizza-and-pasta-osteria-rock-hill/v3/Katie's also has dried pasta, frozen pizza, and gift cards for sale (holidays, people).See you there!!! ... See MoreSee Less

When this happens, it's usually because the owner only shared it with a small group of people, changed who can see it or it's been deleted.
View on Facebook
· Share